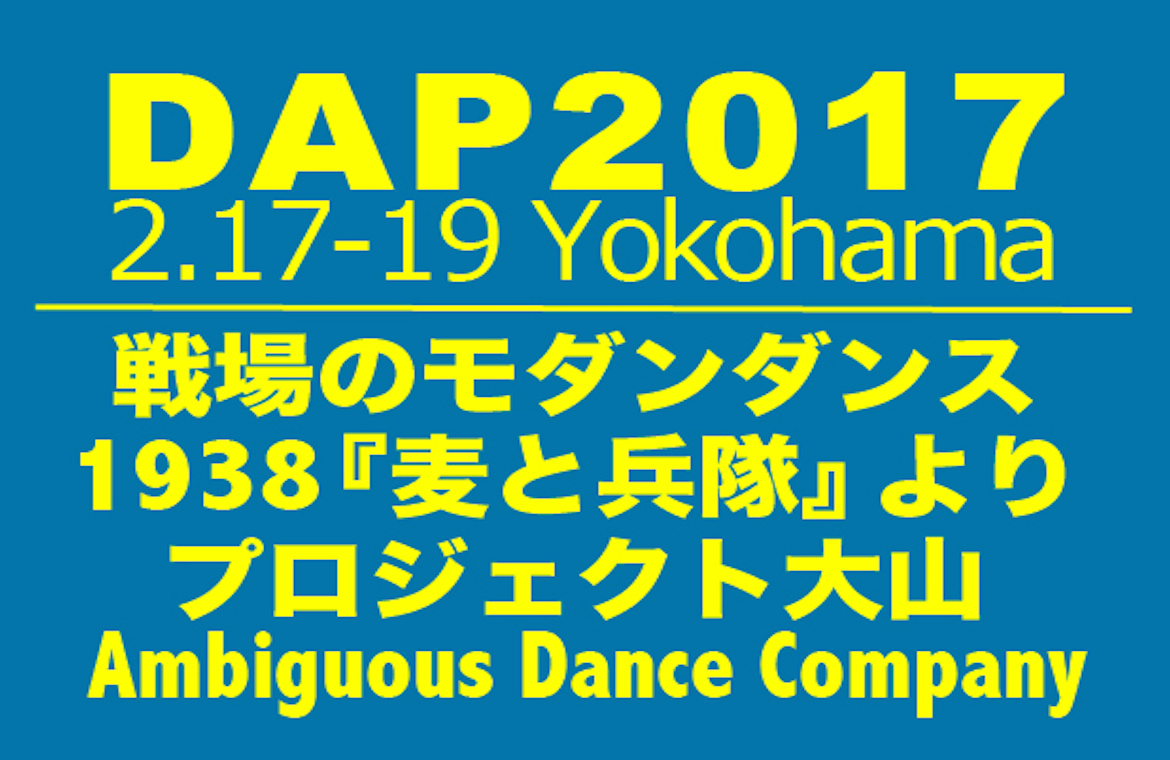 Wheat and Soldiers, which celebrated the establishment of the dance company of Takaya Eguchi and Misako Miya, was premiered at the Imperial Theatre in October 1938. The next year, the dance company brings a part of the piece to the battlefields to entertain and console the soldiers. The performance was enthusiastically received everywhere. The piece probably drew the largest number of audience in the modern dance pieces before the war, and it is also a phantom piece in that it has never been presented again after the war. Through the bodies of project OH!YAMA (Japan) and Ambiguous Dance Company (Korea), this project explores what the piece was.

Established in 1949. Since 1960, based in Yokohama, the Studio has been rooted in the community as the space for Kazuo and Yoshito Ohno to create and study butoh. Organizing open workshop regularly, it has hosted a lot of people from across the world who are interested in butoh. Its archiving section that started in the late 1990s became independent as a nonprofit Dance Archives Network in 2016, and has been developing movements for dance archiving across Japan.