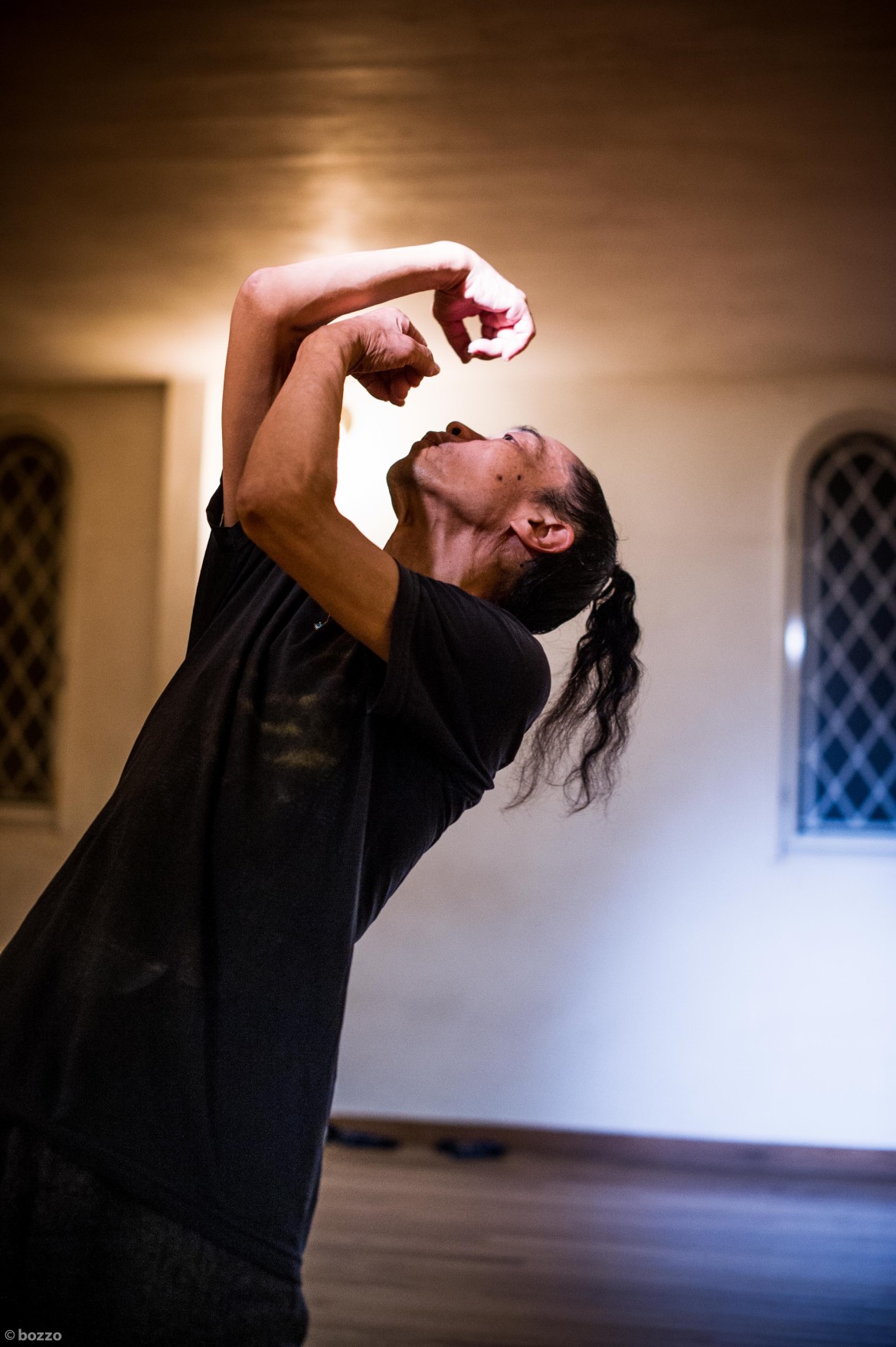 ：¥500 disocunt from the standard prices

If you listen to the basso continuo of this era, you can hear its dark, sombre . . . and beautiful song. Through his solo pieces and solo dancers, Akira Kasai has always danced improvisationally, calling himself “the improvisational butoh dancer.” In this piece, the desire to try something new has promoted him to attempt self choreography.

After studying modern dance under Takaya Eguchi and classic ballet under Akinori Chiba, in 1963 Akira Kasai met and became a student of Kazuo Ohno. In the same year, he met Tatsumi Hijikata and appeared in his performances including To Mr. Shibusawa’s House and Tomato. In 1971, he founded the studio Tenshikan. After presenting earlier period pieces including Crucified Virgin Mother, An Invitation to Butoh, and The Acolyte Scroll, he ended his dance activity for over a decade. In 1990, he founded the Eurythmic Tenshikan, and he resumed his dance activity in 1993 with My Woman with a Mirror Vagina. He has since created pieces in locations including Berlin, Rome, and New York. In 2001, he staged Pollen Revolution, which toured in locations including major cities throughout North and South America, Europe and South Korea. In addition to his solo works, Kasai has created pieces with Kazoo Ohno, Kuniko Kisanuki, Kim Ito, Keiko Oginome, Yoshito Ohno, and BATIK.