Our heartfelt welcome to all the participants, the season has come for this year’s TPAM.

For the first time this year – the 20th of the Meeting – two international TPAM Co-Productions will be featured, one of which is the world debut of Dancing with Death, the new work by Pichet Klunchun of Thailand. There will also be pieces from Japan, Malaysia, Singapore and Korea, demonstrating the issues and the methods of expression that creators from throughout Asia are currently grappling with.

About 50 presenters from around the world will be invited again by The Japan Foundation Asia Center, and lively exchanges among several hundred people in the field of performing arts will be promoted through performances, the TPAM Exchange and meetings.

We believe that TPAM will further develop and strengthen its foundation as an international platform for contemporary performing arts in Asia, thereby sharing Asian artists and their works with the people of the world. It is our hope that TPAM will offer the opportunity for many significant exchanges that will lead to future collaborations. 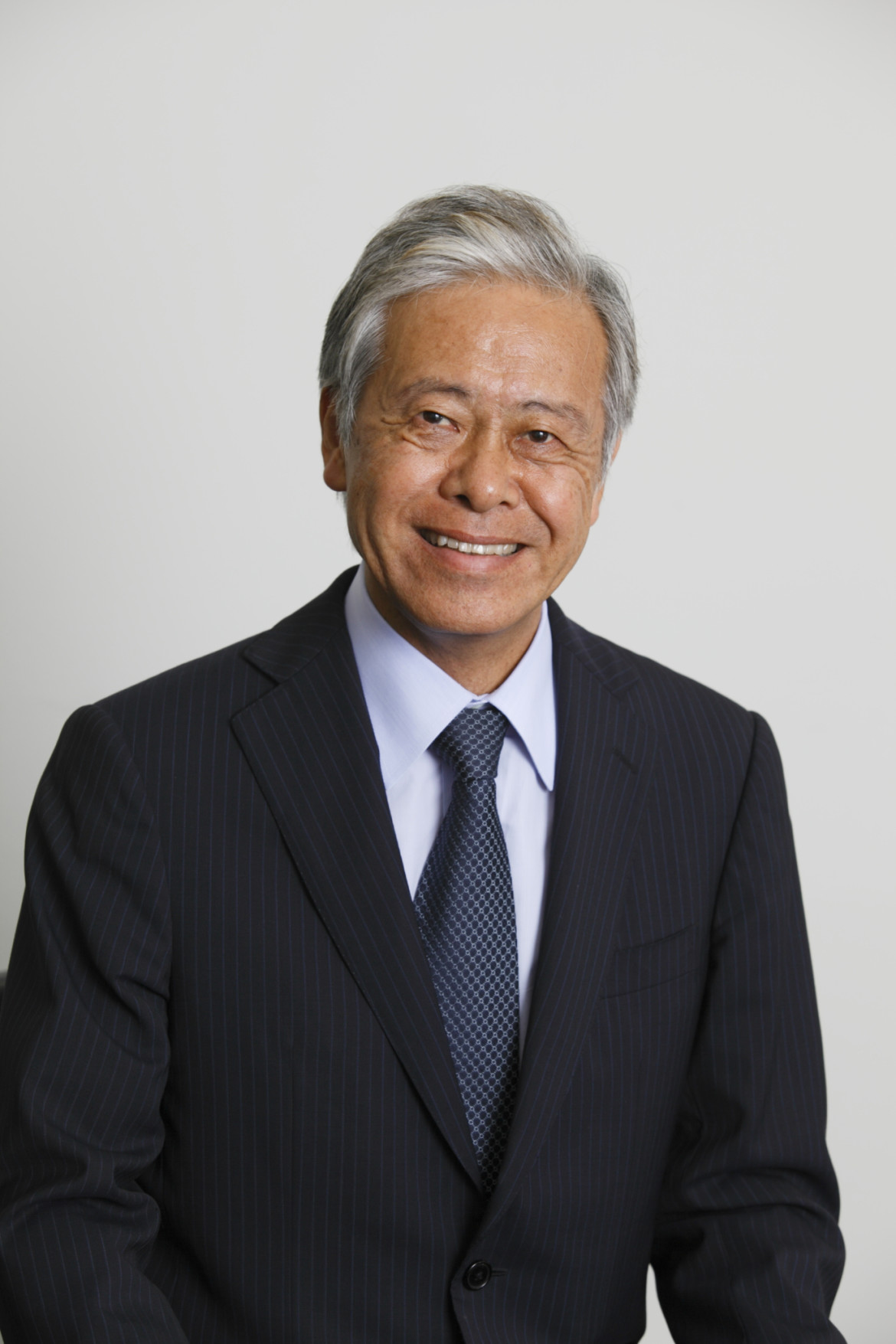 This year will mark the sixth time the Performing Arts Meeting will be held in Yokoyama. We once again express our deepest gratitude for the efforts of all those supporting this event, in which we are participating as one of the organizers.

KANAGAWA ARTS THEATRE (KAAT) is united in the effort to make this event a success, offering backup for the creation of artists for several works in the “TPAM Co-Production” and the new “TPAM Contemporary Classics” programs. Furthermore, works of contemporary Asian performing arts will be performed this year not only at KAAT but also at the Kanagawa Kenmin Hall Small Hall.

This theater, whose mission is the “creation of art, development of human resources and generation of dynamism”, is striving to become a consistent support of art and culture. We sincerely hope this event will serve the participants as a place for new meetings and exchanges with the arts and cultures. 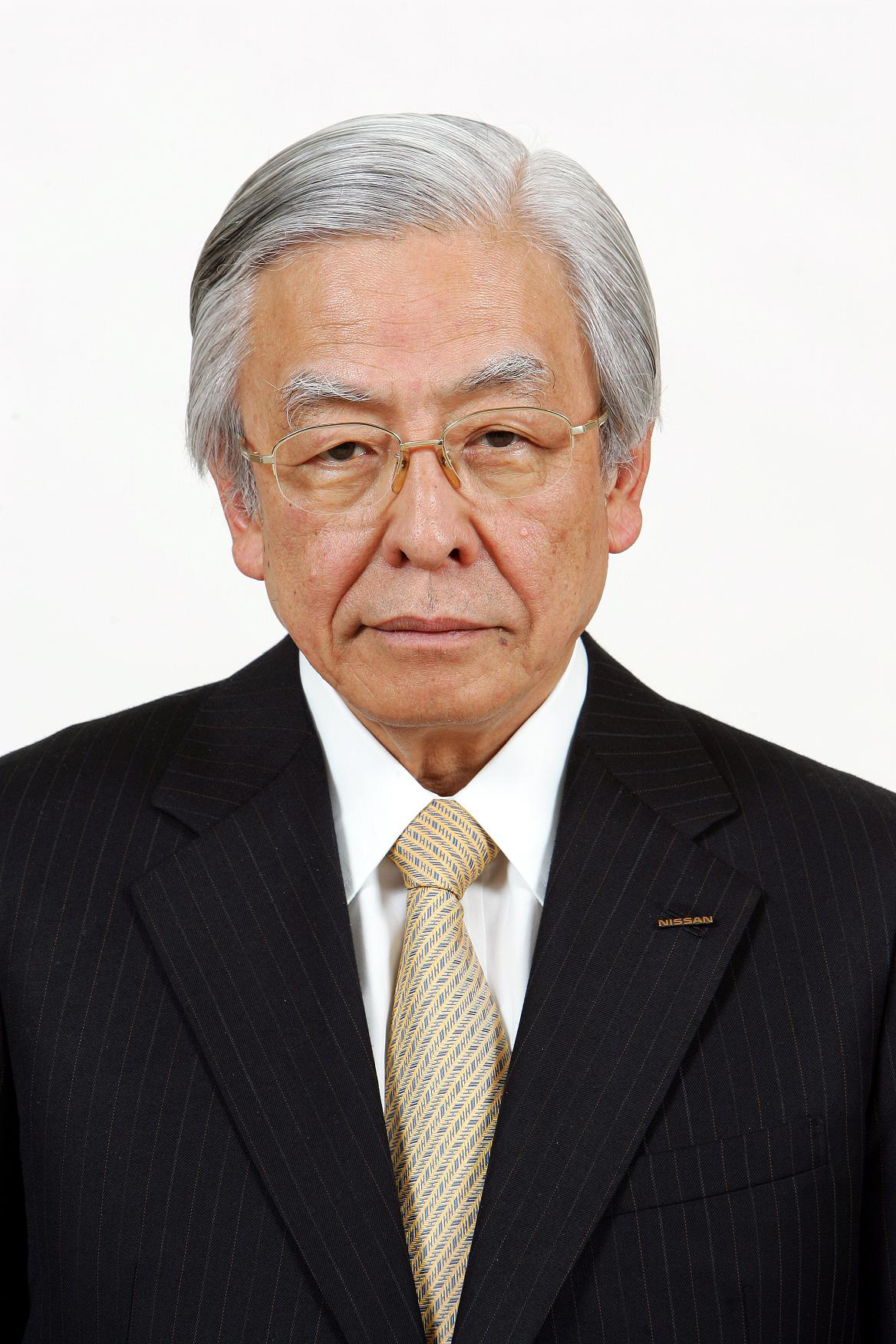 There is a climate in Yokohama that constantly gives rise to “something new”- this is a city that provides the opportunities for testing experimental art and transmitting this art to the rest of the world. The mission of our Foundation is to promote comprehensive art and culture with the goal of making Yokohama a culturally rich and appealing city. It is a great pleasure for our Foundation to again this year participate in the Performing Arts Meeting in Yokohama as one of the organizers and to be able to contribute to forming of an international platform for performing arts.

The triennial “Dance Dance Dance @ YOKOHAMA” festival was also held in 2015, and many citizens were able to experience performing arts in a familiar setting. This will be the sixth time the TPAM is being held in Yokohama. With a closer focus on Asia, this “Asian hub” of performing arts gathering together both works and their producers will be jampacked with ambitious programs. We express our heartfelt hope that the Performing Arts Meeting in Yokohama will be the opportunity for encounters between many people, from both Japan and abroad, a place for dynamic exchanges in the field of performing arts. 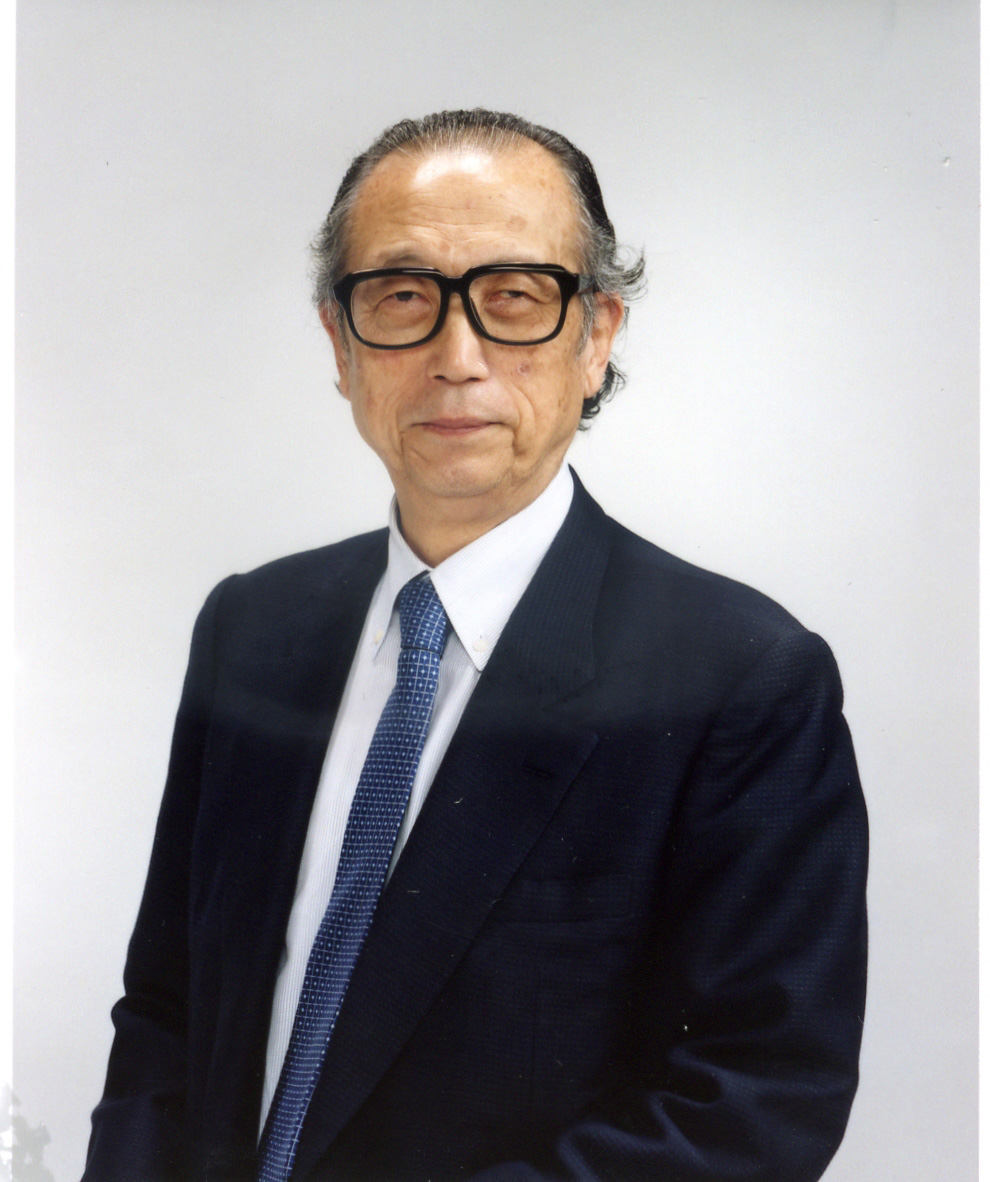 At the holding of the Meeting, I would like to express our gratitude to people who have supported the event and cooperated with us.

TPAM celebrates its 20th holding this year. Looking back, the event has gone through a number of decisions: a recent one was that we moved from Tokyo to Yokohama and changed from “Market” to “Meeting” in 2011. The former did not only mean a geographical transition but also our capacity enhancement. Now we are capable of what used to be impossible or difficult for us, thanks to the active and continuous involvement of the main venue KAAT and the host city’s Arts Foundation. That has also contributed to the latter, i.e., the successful establishment of the event as a “Meeting” as, for example, the fact that TPAM has the first international co-production project this year.

While changing from a market to a meeting, the fact that TPAM is a place for creators and presenters to find inspirations for their new activities has not essentially changed. The change reflected the permeation of the modern ideas that performing arts are social and public properties; they are media that deserve public support; professionals engaging in performing arts should freely create together, detaching themselves from the principles of the market which the words “sell” and “buy” suggest, projects that propose meanings and questions beyond / against the expectations of audience and are capable of criticism in exploration of“ a better society” on morals and values which the members of a community have shared. In Japan, for example, the establishment of the“ Theater Law (Act on the Vitalization of Theaters and Halls)” in 2012 speaks for the permeation of these ideas. The Japan Foundation, which has engaged as an organizer in TPAM since its first holding, and other TPAM organizers can be said to be models of the public bodies in Japan that have understood the potential of performing arts as public properties.

The latest decision that TPAM has made is its Asian focus. That was made possible, needless to say, by the full support of the newly established Asia Center of The Japan Foundation, but probably it was also out of necessity that the eyes looking for the possibility of a new model of society are drawn to the coexistence of ethnicities, religions and values, complex nation building since colonialism, and flexible and diverse responses to the rapid globalization in Asia, now that dark shadows are cast on the “modern” ideas that I described above and everyone is aware that society can never progress “irreversibly.”

Returning to our own subject, anyway, in the vast area that is loosely defined as “Asia,” while there are few places where the “modern” performing arts culture supported by public venues exists, there are rich and very diverse forms of performing arts as live arts everywhere. However, not a negligible number of societies consider theatrical activities that involve social criticism illegal. In order to share a glimpse of the richness and urgency of what non-verbal live performances tell there, although it seems that it is virtually impossible to explore that thoroughly, we start a music program this year. We intend to develop the Asian focus not only as a place for introducing Asian works and artists to the world but also as a place for introducing works and artists from the other parts of the world to Asia. We do not expect it to promote simple slogans such as “You find the future in Asia” but to facilitate liberation from narrow views of artistic values, performing arts professionals’ meetings, and creation of new values.

We invite Oriza Hirata, who has worked hard for the establishment of the Theater Law, and Toshiki Okada, who has internationally been as active as Mr. Hirata, as advisors this year in order to tackle the demanding mission together. I would expect that you hear the discussion by the two artists and Kang Sang-jung, who specializes in international politics and has recently been appointed Director and President of the prefectural theater in Kumamoto, where he was born in a Korean family, as the keynote session for this year’s program.

Although it is as short as nine days, I hope the event will contribute to the participants’ future activities. 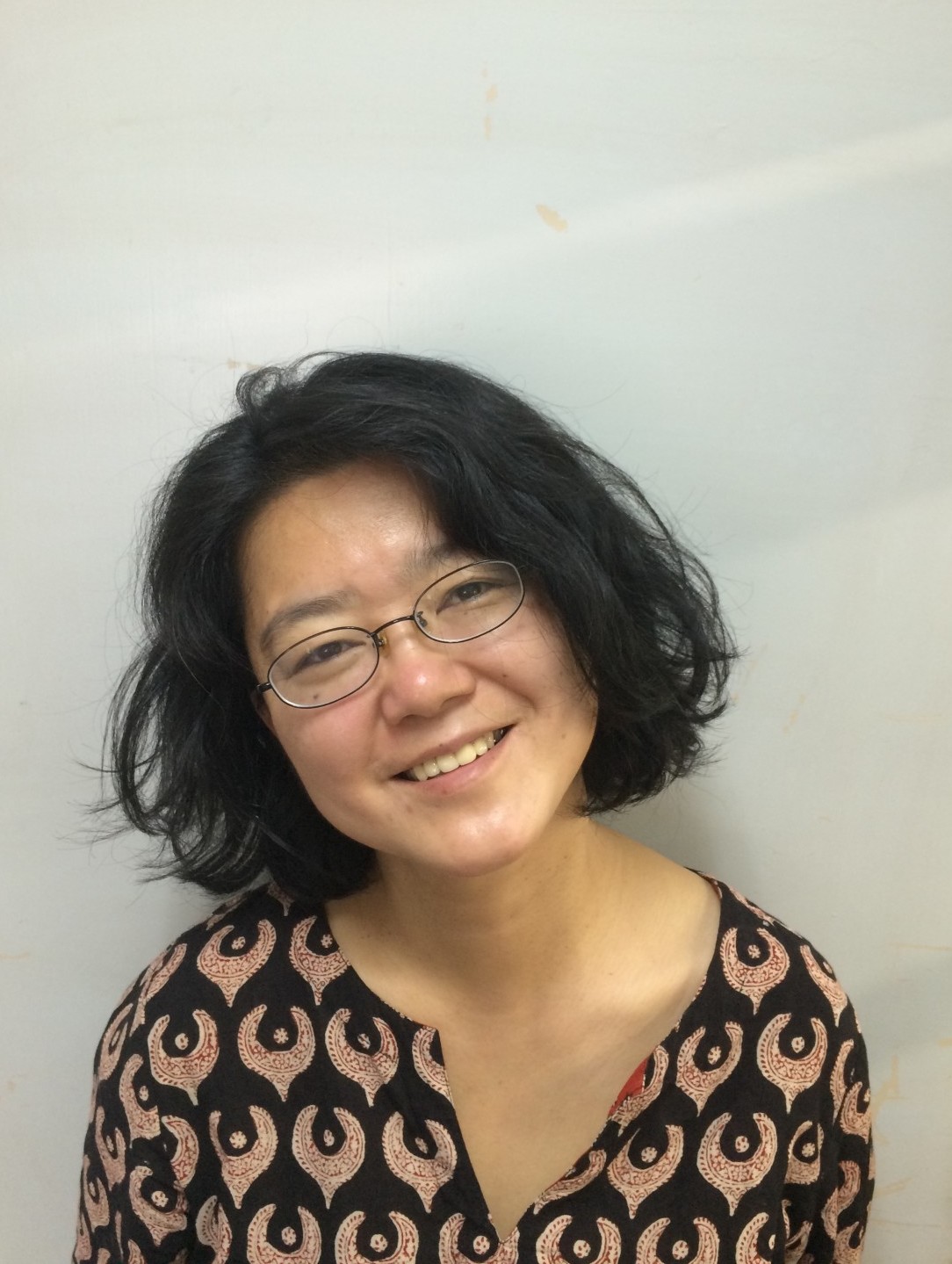