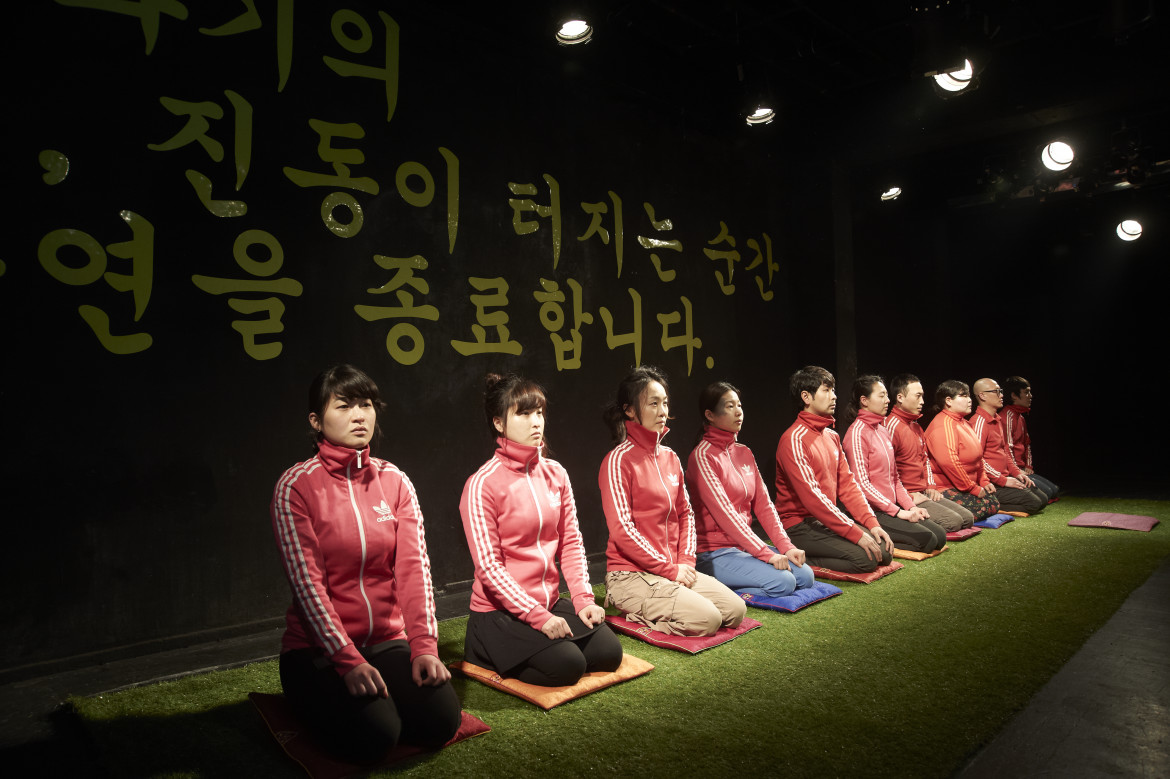 The way of storytelling, the way of singing–demo version

Language: Korean(Subtitled in Japanese and English)

Produced by: greenpig, The 5th members of no.1 of Hyehwa-dong (for premiere)

A work drawing from “pansori”, a traditional Korean folk art consisting of traditional stories sung with orally-transmitted methods. The way of storytelling, the way of singing–demo version is based on The Song of the Red Wall, a war tale that is part of the Annals of the Three Kingdoms, one of the five great “pansori”. The process of learning the “pansori” is recreated on stage for the general public with no knowledge of the art, and this process is simultaneously synchronized with the process by which the orally-transmitted “pansori” was formed. The tradition – a pansori dealing with war – is linked to today’s battles and historical events, in an exploration of ways to grasp tradition and link it with the present.

Born 1972. Studied sociology and drama in Seoul, theater direction at graduate school in New York. Founded the theater collective Greenpig in 2006, producing series of contemporary theatrical works dealing with such themes as immigration, contemporary history and modern Korean artists. Yun’s main works include Camino de Ansan (2015, general director), 1984 (2014), Reds – a Study on Rebirth (2013), The Brain Surgery (2012), I Am the Sex King (2011) and Step Memories – Return of the Oppressed (2010). Currently professor at Dankook University. 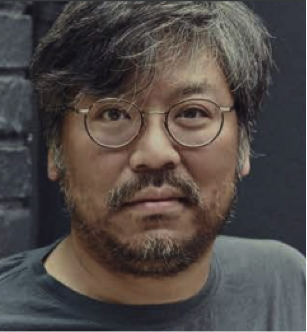 A theater collective founded in 2006 by director Yoon Hansol with the slogan “unsettling creativity”, greenpig has continuously ventured into new theatrical experiments with the firm belief that the world can be changed by looking at things differently. It has created series of works on such themes as immigration, war, the recertification of Korean artists and the recent history of Korea. greenpig’s major works include Step Memories – Return of the Oppressed (2013), I Am the Sex King (2012), Red – a Study on Rebirth (2013), Brain Surgery (2013) and The way of storytelling, the way of singing (2014), among others. The collective has won such awards as the 2012 Dousanyonganu Art Award (Hansol Yoon) and the 2013 National Theater of Korea Grand Prize (for “Brain Surgery”). Step Memories – Return of the Oppressed was invited to the 2012 Festival/Tokyo where it was played in a Nishi-Sugamo version. Director Yoon Hansol was a resident at the Kyoto Art Center in 2015, and presented the work Nation along with Kyoto artists.