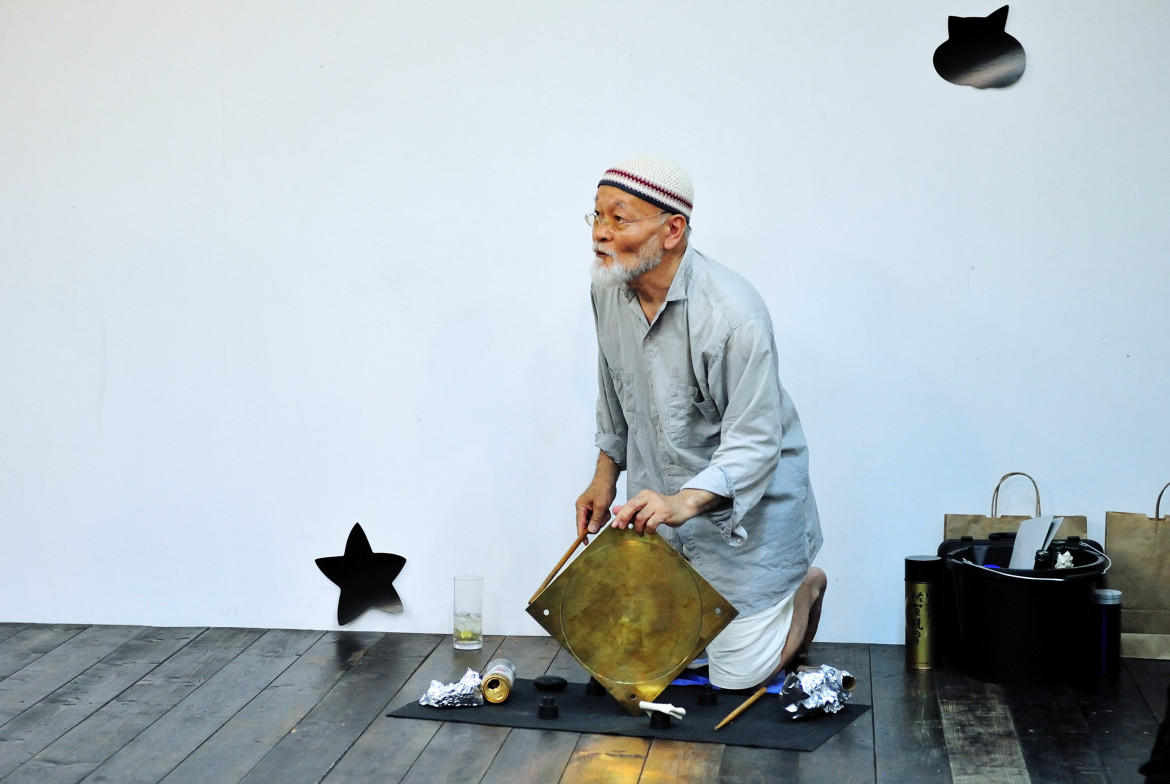 Born in 1941. Since the 1960s, a sound art pioneer Akio Suzuki has been investigating the acoustic quality of selected locations and creating corresponding topographies. His intensive involvement with the phenomenon of pulse and echo led him to develop his own instruments in the 1970s. One of these is the spiral echo instrument Analapos. It consists of a coil spring and two iron cylinders that function as resonating chambers, and is played with the voice or by hand. Started from the 90s, his soundwalk project oto-date, which means respectively “sound” and “point” in Japanese, the artist finds listening points in the city, and playfully invites audience to stop and listen carefully at given points on the map. Suzuki has been also active in the improvised music scenes in different continents, and has collaborated with Takehisa Kosugi, Derek Bailey, Peter Brötzmann, Steve Lacy, George Lewis, David Toop, and John Butcher. 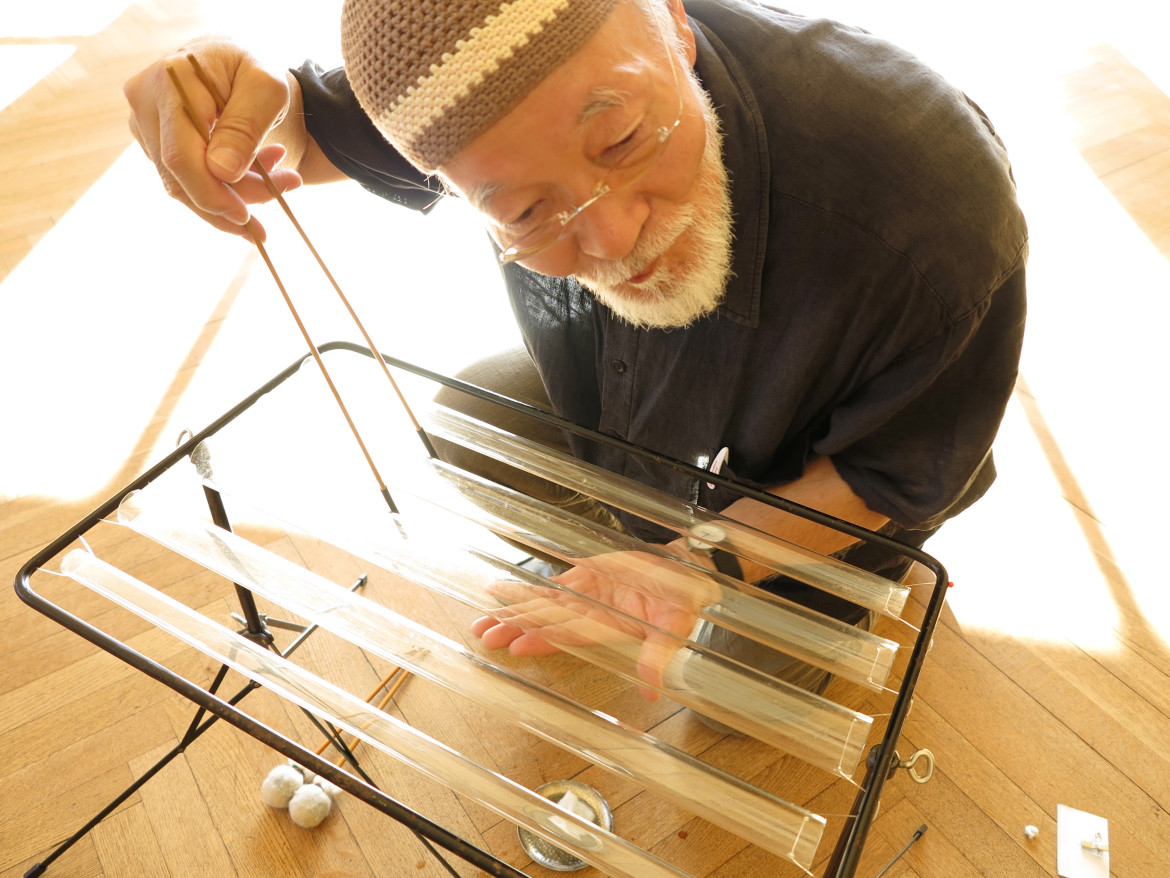 Kanta Horio (b. 1978, Hiroshima) studied acoustics and computer music at Kyushu Institute of Design. His performance and installation works are assembled with his self-made circuits and mechanical structures which convert several energies such as sound, light, magnetism, kinetic or potential to generate spontaneous activities of objects. He is also an engineer of electronic devices and interactive systems for commercial projects include installations, events, films, or prototypes. Now he has started to develop musical instruments which combine user interface and physical vibration. 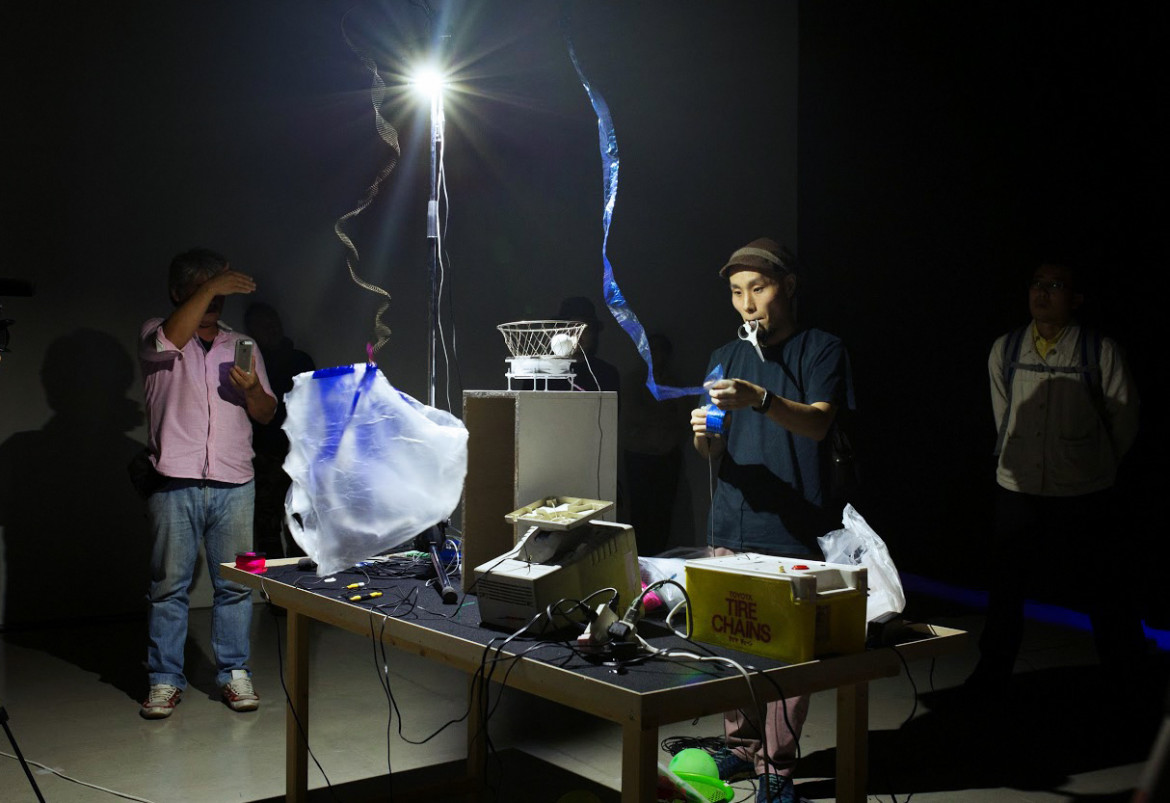 Bin Idris is the pseudonym of Mohamad Haikal Azizi. A one man music project based in Bandung, Indonesia. The main idea of the project is about exploring sounds and using different kinds of approach to the sound itself. Most of his works are driven from a simple acoustic guitar and vocal chants, he has huge interest in contemplative music built from repetitions and layers of sounds and reverbs but there are also some witty attempts of electronic, funk and other kinds of music in his repertoire. He also relish the idea of creating a certain narration along with his music, sometimes the narrations come in spoken words sometime they appeared only subtly. When it comes to live performance, Bin Idris loves to display spontaneity and improvisations, he works with lots of on site guitar looping and random chants of erratic lyrics. Beside his solo project, Bin Idris has also been working in a psychedelic rock band called Sigmun as vocalist and guitarist. 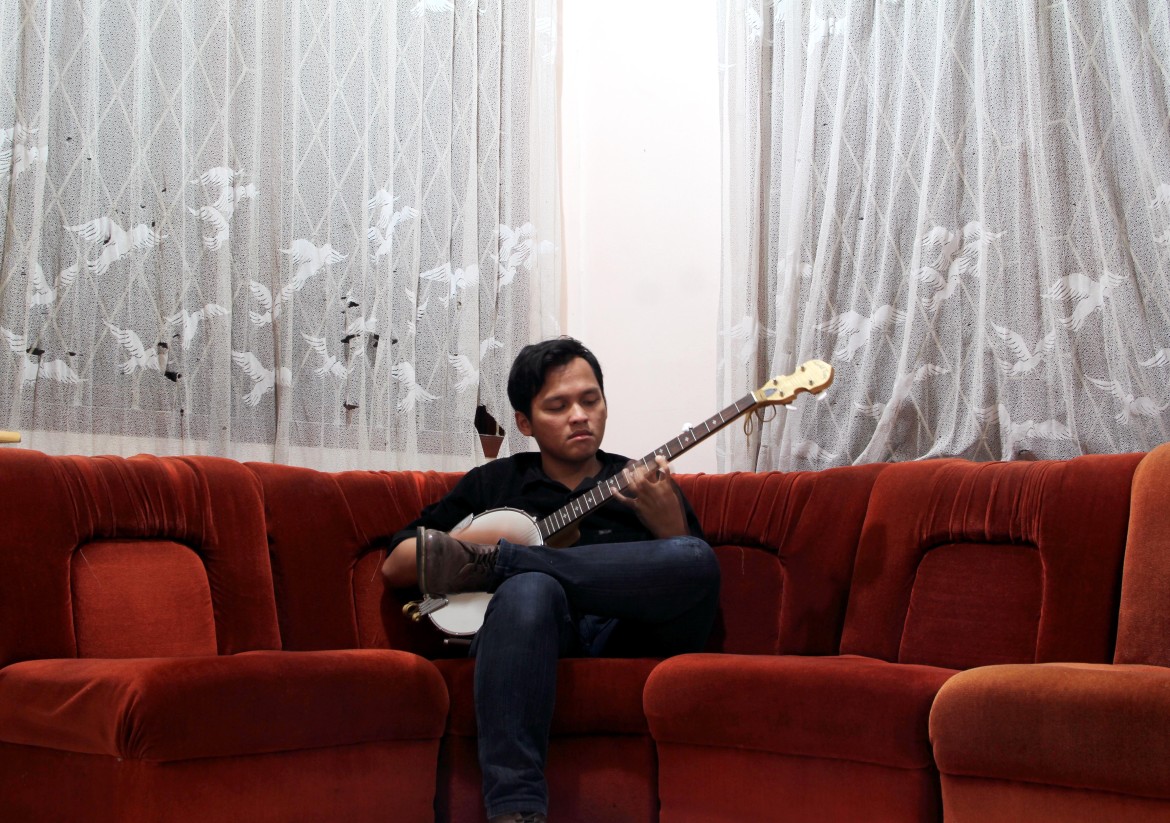