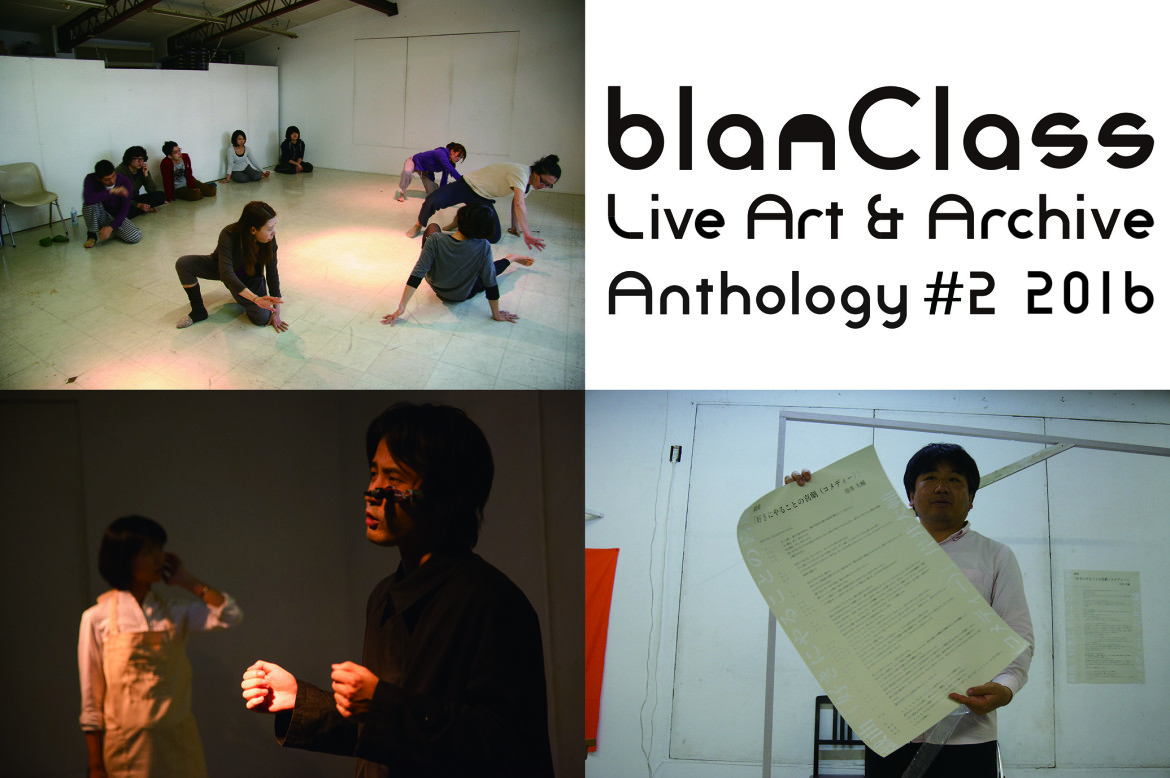 Please ask the company
(A) Tatsuya Nakamura Weekly Session ［Overlapping Body Maps | Showing (tentative)]
When we change our posture in order to use an object, or when we are riding in a vehicle and adjust our perception in order to take in our surroundings at that vehicle’s speed, our brains instantly make a body map. Body maps do not occur only when we use our bodies in the space of daily life. Even when we read a novel or watch a movie and envision a fictional body in a space, a body map comes into being. Created through a process of experiential work and accumulated research, this performance is about these body maps that freely expand and contract.
(B) Whales Performance Vol.3［Great Painting Detective Ken Amemura: Episode1］
Who is the self-proclaimed Great Painting Detective who uses a time machine to travel back and forth in time? In what kind of place will Sci-Fi Theater be installed?
Cast: Takayuki Toshima, Haruka Kawaguchi, Masayuki Yoshida ¥
Script/Direction: Eijiro Takahashi
(C) The Script ［The Comedy of Doing Whatever You Want］
The Script, The Comedy of Doing Whatever You Want, by playwright Daisuke Kishii is an unstageable set of instructions with no spoken text. It is structured to prevent the emergence of any action or thought, and it was created over a year of public interviews with artists of his generation at monthly sessions held at blanClass. Kishii says that, by creating a piece like this, he made the difficulty of expression in Japan itself into a work of art. This performance is an opportunity for a variety of artists to stage this impossible script. A director, a dancer, and a visual artist will all stage the same script, and there will be a talk by the performers.
Dance: aokid (aokid city)
Installation: Yoichi Umetsu (Artist/Parplume)
Script: Daisuke Kishi (Playwright/PLAYWORKS)
Translation: Kako Kishimoto (Director and Dramaturg/ Artistic Director of Multilingual Theater Company Utsubo)
Performance: Honami Shimizu (Actor)
Direction: Yūta Hagiwara (Director/Kamome Machine)
Criticism (2/13 only): Kei Hirakura (Art Theorist and Artist)
Painting: Uso Fujishiro (Painter and Artist/Chaos*Lounge)
Music Performance: Tadashi Yonago (Musician/SjQ)

From 1998 until the present day, he has been involved in the dance company idevian crew. He has also appeared in pieces including Performance Theater’s Water and Oil and works by Zan Yamashita. Additionally, he has appeared in music videos and conducted collaborations with a number of visual artists. In 2010 and 2011, he was the Leader and Observer for the collaborative creation course of Yokohama ST Spot’s Yokolabo project. In 2013, he presented the solo piece View from There.

Born in Tokyo in 1979. Completed the B-Zemi Learning System course. He uses electronics to create not only moving works, but also works that emit light and sound. Additionally, he designs mechanical set pieces for theatrical performances by companies including Theater Company ARICA.

Since 2009, she has been the Artistic Director of utsubo, a multinational and multilingual theater company. Withdrawn from University of Tokyo Graduate School of Arts and Sciences PhD program after completion of coursework. MFA from Columbia University Dramaturgy Program.
Translations include Life and Times Episodes 1 by the Nature Theater of Oklahoma (performed at the SPAC Shizuoka Performing Arts Center) and Public Domain by Roger Bernat (performd at Festival/Tokyo). Adjunct instructor at University of Tokyo and Senshu University. Awarded First Prize in direction at Geisou-Connect vol.7.

Born in 1987 in northern Saitama prefecture. Graduated from the Theater and Film Arts Program of Waseda University’s Literature Department. After being involved in high school theater and university theater circles, she has performed in Tokyo little theater pieces. In recent years, she has begun to practice Qigong and Taichi, and last year she began to participate in Yokohama ST Spot’s Folk Performing Arts Research Group. With a focus on the body, she explores the possibility of creation from an actor’s perspective.

Born in 1987 in Ibaraki prefecture. Director, playwright, and freelance writer. Founded the theater company Kamome Machine in 2007. Major works include Style Council at Yokohama ST Spot and Public Image Limited, which won the Aichi Prefecture Cultural Promotion Association’s 13th Annual Aichi Arts Foundation (AAF) Drama Award. His outdoor staging of Waiting for Godot in Fukushima on a road in Fukushima’s Futaba District was featured in the Wall Street Journal and the Waiting for Godot today? exhibit of the House of Theater in Rome, Italy.

Born in 1990 in Tokyo, continues to reside there today. Painter and visual artist. Since 2007 (while he was still in high school), he has used social networking services including pixiv and twitter to reach out to creators including artists, illustrates, and students who publish their work online, leading to numerous offline gatherings of artists. In 2009, he formed the Chaos*Lounge group exhibition, which was held at the moorage garage with over 50 participating artists. Since then, he has run Chaos*Lounge every year. In 2010, he worked in collaboration with Yohei Kurose to expand the scope of the exhibitition, and since then he has participated in Chaos*Lounge not only as a curator but also also a main artist.

Musician. Plays the trombone and piano. Programmer. His activities include performing music using musical instruments and other tools, creating and exhibiting sound environment installations, and designing tools that manipulate sound (for example, the doorbell for a friend’s home). In addition to directly creating music, he designs and installs vending machines that sell CDs, books, and other items in public areas. He founded the physical and web based magazine Yosomi, which specializes in things people have seen and heard, and what they think about them. He manages spaces for himself, his friends, and people they meet. He participates as a member of SjQ(cubicmusic/HEADZ) and SjQ++. SjQ++ won the Digital Musics & Sound Art Award of Distinction at the Prix Ars Electronica 2013.

Born in 1977. Art theorist and artist. Associate Professor at Yokohama National University. Major works include Godardian Method (published in INSCRIPT in 2010, Winner of the 2nd Annual Association for Studies of Culture and Representation Award) and Dissasembling Picaso et al. (Partially Obstructed) (performance at Take Ninagawa gallery, 2015). He is widely published in a number of journals and magazines.