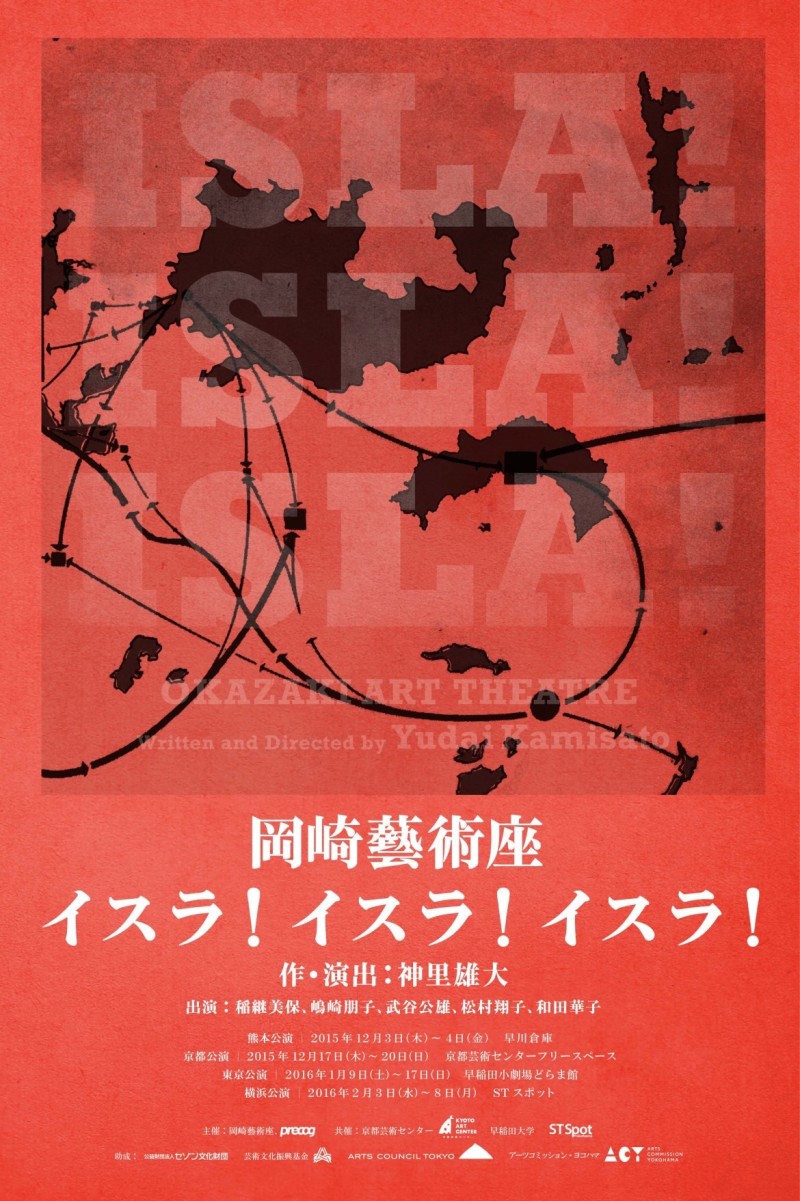 Okazaki Art Theater, Artistic Director Yudai Kamisato, whose grandparents emigrated from Okinawa to Peru, was raised in a multicultural and multilingual environment. Director and playwright Kamisato documented the trail left behind by his grandparents to create +51 Aviación, San Borja. The original performance was met with widespread acclaim, premiering in Yokohama in February 2015 and then touring widely.

As part of the reportage to create this piece, Kamisato referenced the life of “the father of Mexican theater” Seki Sano, who fled Japan after his pre-war theater activities. Kamisato also encountered businessman Ryoichi Jinnai, who continues to support the Nikkei community (Japanese emigrants) while taking part in agricultural work in Hokkaido. This piece looks at the traces left behind by our predecessors who moved to a new land, who once lived in that land but have now vanished, and reflects upon the nature of what the people still living in that land today think of as their hometown. Through this reflection, the condition of our lives in present day Japan will also become clearer.

ISLA! ISLA! ISLA! takes place on a fictional chain of islands. By using the space of an island, which has clearly visible borders, this play aims to present in a condensed form the formation of a society (cultural practices and languages). A variety of cultures, languages, and political ideologies are brought to the islands, where they clash, fuse, and transform. This work is positioned as in continuity with +51 Aviación, San Borja, Yudai Kamisato’s previous work exploring the themes of society as a gathering of strangers and migration, which was highly acclaimed not only within Japan but also throughout the world as a new form of theatrical expression.

Founded in 2003 to stage works by playwright and director Yudai Kamisato. Their pieces evoke a unique atmosphere, creating works with the imagery, colors, and linguistic sensibility of the blazing South American sun and also the inorganic chaos of a newly constructed satellite town in Kawasaki. Desire Caught by the Tale won the Best Direction Award at the 7th Toga Director’s Competition (2006). Okazaki Art Theatre has performed at festivals in and outside Japan, including Festival/Tokyo (2010-2012) and the Taipei Arts Festival (2012, Taiwan). Mr. Haircut (2009) and Black Coffee (for People Who Can’t Drink It) (2013) were nominated for the Kishida Kunio Prize for Drama.