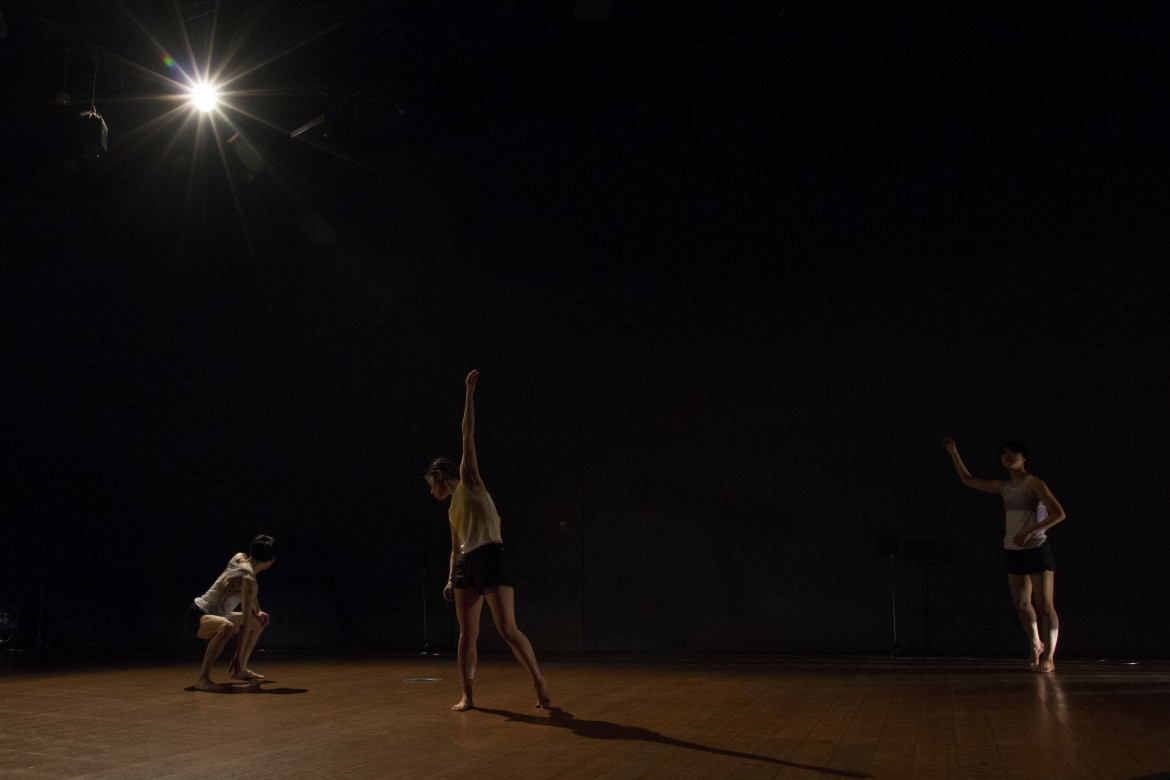 Teita Iwabuchi, choreographer who captures body as multi-dimensions, is performing once again his signature work that was premiered in 2014 and drew people’s attention.

Teita Iwabuchi has been creating choreographies whose themes are based on connection between his own body, music, and space. In this performance, the three performers that are constantly in motion, light, and sound will build time while interacting each other, and draw borders that continue to subtly sway in the space. The performers will continue to move, utilizing improvisational judgments, with their bodies that delicately choreograph the texture along with elapse of the time. The lighting and the sound will capture the entire space rather than performers themselves, making this choreography three-dimensional.

Born in Kanagawa, Japan in 1980, Teita Iwabuchi has been presenting choreographies that focus on “the structure of the human body” and “the interaction of space, music, and human body” since 2005. He has been constantly presenting experimental works that depict the relationship between the body and music with musicians such as Yoshio Otani and Hasunuma Shuta since 2010. In addition, he also actively collaborates with creators of other fields such as animation or modern art. From the entrance of Setagaya Art Museum and The Grand Gallery at Yokohama Museum of Art to outdoor performances as a part of Roppongi Art Night, Iwabuchi has performed outside the theaters, utilizing the characteristics of such space. In addition to giving workshops, he also works in other various fields. His Hetero, which he choreographed with Kaori Seki, won The French Embassy Prize for Young Choreographer for Yokohama Dance Collection EX 2012.