Tara Transitory has been investigating gender, art and ritual in Singapore, Thailand, Vietnam, Taiwan, Indonesia and Spain since 2012. Having come to suspect that the dimorphic understanding of gender does not permeate some of the rural areas with ancient societies in Asia, and collaborating with “trans” people in these places who do not necessarily come from “artistic” backgrounds but are already in some way working in the peripheries of art, in the peripheries of life, mostly not by choice but due to the limited options offered to them, what started out as an “art project” has turned into something beyond art — art somehow has become life or vice-versa. Tara shares the stories and processes with participants in this presentation.

Tara Transitory aka One Man Nation makes work which some consider art, some consider music and some consider trash. But clearly, it never quite fits into contemporary categories. She is trans, nomadic and is exploring the intersections of gender, noise and ritual through performance and the collective trance. She splits his time between asia<>europe where she directs the International //gender|o|noise\\ Underground and organizes the trans*queer themed Translæctica events. Currently she is working on a video-art piece based on ephemeral public interventions she does with other trans* women in south-east asia. Tara performs solo as One Man Nation, with Truna as { 23 Shadows of Amnesia } and with Pierre Bastien as Mecanation. She has collaborated extensively and her past collaborations include Bambu Wukir, Hilary Jeffrey, Iman Jimbot, Richard Scott and Vincent Moon; has performed internationally at Club Transmediale (Berlin), donaufestival (Krems), Gaite Lyrique(Paris), Guggenheim Museum (Bilbao), ISEA (Ruhr), Museum of Contemporary Art (Taipei), Sonic Protest (Paris) and Steirischer Herbst (Graz) amongst many others. 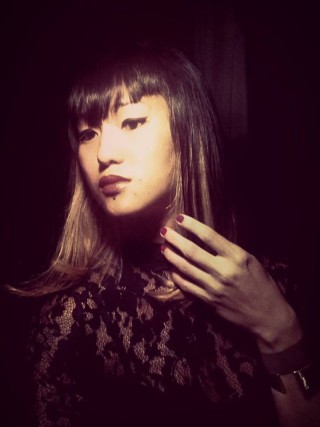 Organized by PARC – Japan Center, Pacific Basin Arts Communication
Supported by The Agency for Cultural Affairs Government of Japan in the fiscal 2015