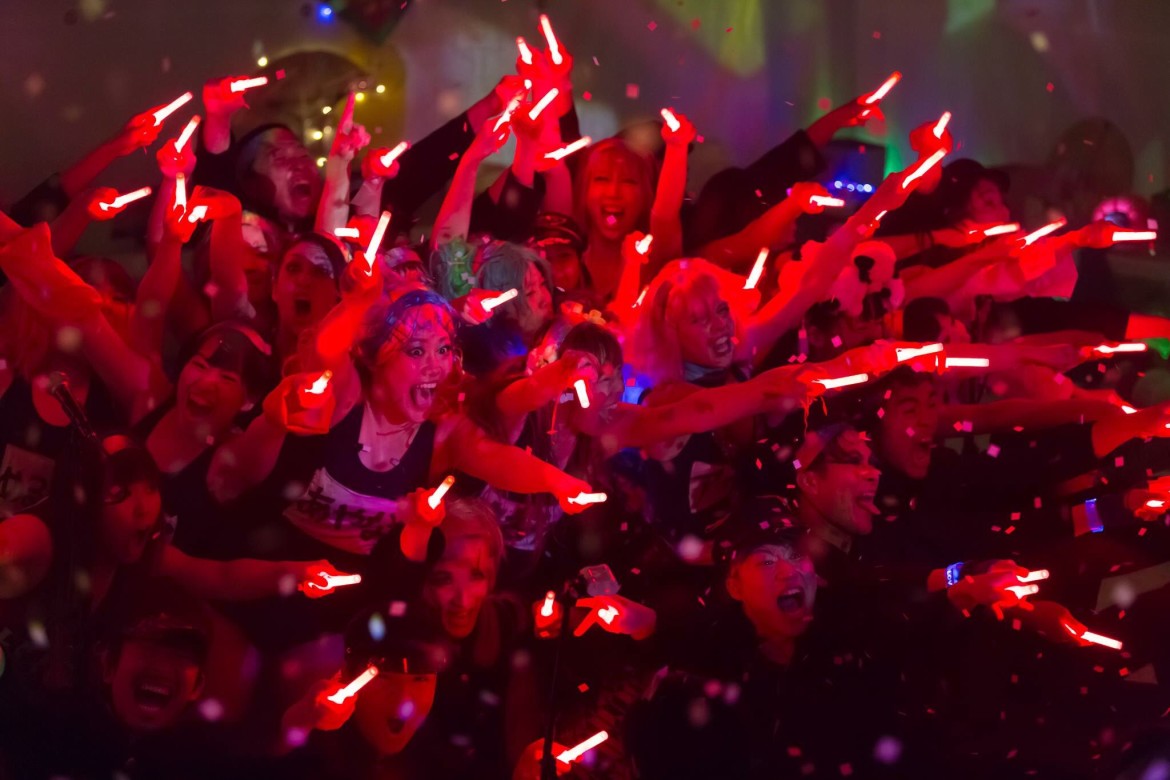 Crazy Girls Save the World

An extreme performance that will keep the audience enthralled with its unmatched energy. Confetti flies amidst deafening performances of anime songs, pop idol songs, and various Japanese subcultures, packed with unheard-of amount of props – all leading to a microcosm lit up by glow sticks. Watch as the performers, their bodies clad in girl’s school uniform (then school swimming costumes), pull out all the stops with seemingly inexhaustible stamina. Performing with an all-female cast for the first time, this is an explosive performance of girl power!

Formed in April 2013 by director and choreographer Toko Nikaido. In August of the same year, the group was invited to perform in Switzerland, the Netherlands and Germany, and began their activities with a European tour. They have since gone on one or two international tour every year. In Japan, on top of their public performances, they hold workshops for attendees ranging from primary school students to people in their forties, and workshops for high school students; they are actively involved in educational activities too, hiring high school students as staff.

What is Miss Revolutionary Idol Berserker?