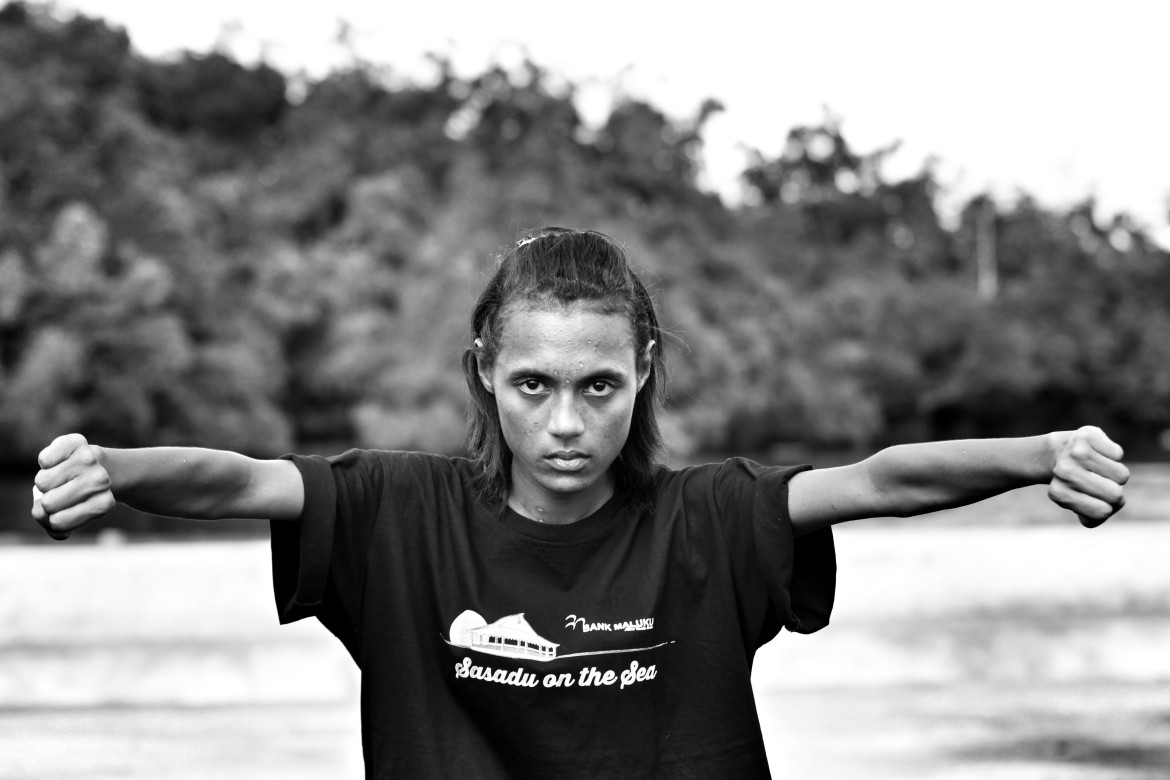 Five young women from Jailolo give voice to the remote community of Eastern Indonesia. Slow, rhythmic movement patterns create an image of strength, not in protest nor opposition but through the carving of space. Space for the individual amidst the noise of duties. A space of potential, of creation, held by the women of remote regions.

The international success of Cry Jailolo (2014), which grew through a process of working with 350 youth for a tourism festival, has deepened the trust and relations with the community, and made it possible to embark on Balabala, this time with teenage non-professional female dancers. Balabala establishes a space for the five young women to re-configure the layers of their own history, society and movement vocabularies. Based on the Cakelel (a war dance from West Halmahera) and Soya Soya (from North Maluku), which are both conventionally performed by males, the girls take the art of war preparation onto their own bodies. In doing so they recall a period of time in the 1960s when the Cakelel was performed by the women of Tobelo, linking the generations and re-establishing the space women hold in Eastern Indonesia.

Founder and artistic director for EkosDance Company, Eko Supriyanto is the leading Indonesian dancer and choreographer of his generation. His performance career spans major works, commercial productions and dance research projects. Cry Jailolo, Eko’s most recent major work received great acclaim and extensive tours throughout Europe, Japan Australia and Singapore. In connection to this work he has developed a discourse on Silent Tourism and performance research entitled The Future of Dance is Under Water. 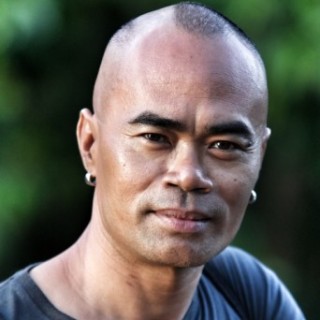